Ethereum Shanghai hard fork could trigger mass sell-off in the altcoin, here’s what to expect


Ethereum Shanghai hard fork’s tentative deadline is March 2023. Developers are working on an upgrade to introduce proto-danksharding to the Ethereum network through Ethereum Improvement Proposal (EIP) 4844 in May or June 2023. The outlook on the second-largest altcoin by market capitalization remains bullish and a Santa Claus rally is expected.

Ethereum Core Developers Meeting on December 8 set a tentative deadline for the Shanghai hard fork. The Ethereum Shanghai Upgrade is set to introduce a bunch of critical updates and elemental changes to the blockchain’s Ethereum Virtual Machine (EVM) functionalities.

In preparation for the Shanghai upgrade, the Ethereum Foundation released a pre-Shanghai testnet on October 14. ‘Shandong,’ the testnet was used to finalize the Ethereum Improvement Proposals (EIPs) that are expected to be rolled out in the actual update. EIP 4844 will go live post the Shanghai hard fork and introduce a new kind of transaction type to the altcoin. It is hoped the new type of transaction will free up space, increase transaction speed and lower gas fees. The upgrade involves a kind of interim sharding where “blobs” of data persist in the Beacon node for a short period of time. Blobs are small enough to keep disk use manageable.

The changes that EIP 4844 will introduce are forwards compatible with Ethereum’s scaling roadmap.

Ethereum unloading made possible by EIP 4895

Ethereum Improvement Proposal 4895 will follow the Shanghai hard fork, this would allow users who participated in staking ETH into the Ethereum 2.0 contract to withdraw funds and staking rewards.

The original plan was to implement a set of proposals – EVM Object Format (EOF) – including EIP-3540, EIP-3670, EIP-4200, EIP-4570, and EIP-5450 prior to token unlock. However, developers finally confirmed that the evaluation process could delay unlocking, therefore staked ETH can be withdrawn soon after the Shanghai hard fork.

Shanghai therefore gives investors the first opportunity to unlock their ETH, some of which has been staked since 2020. After two years, the amount locked is over 15.5 million ETH, worth around $19 billion.

Does this imply a massive sell-off in the largest altcoin?

A total of 15.5 million ETH has been staked in the deposit contract. 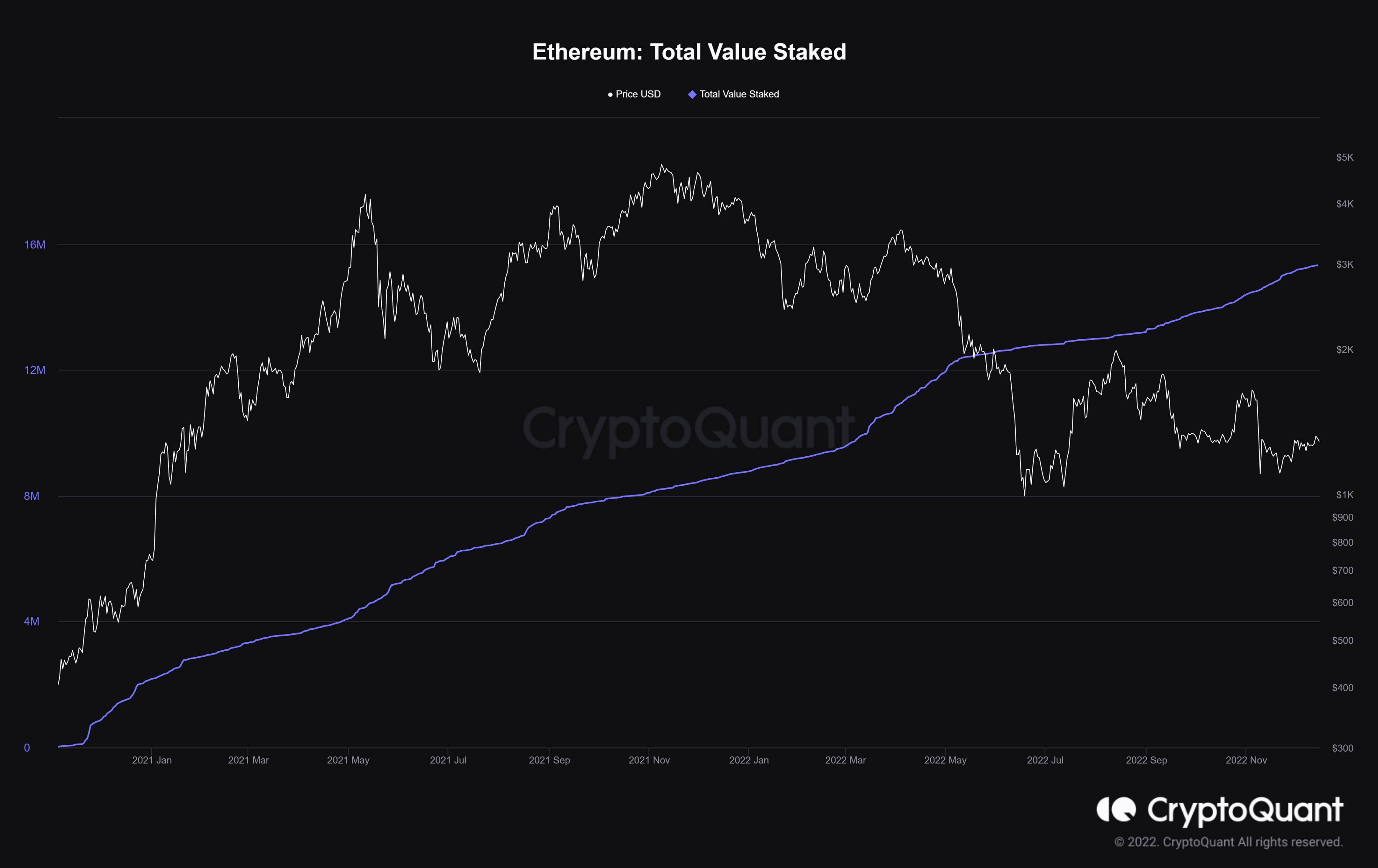 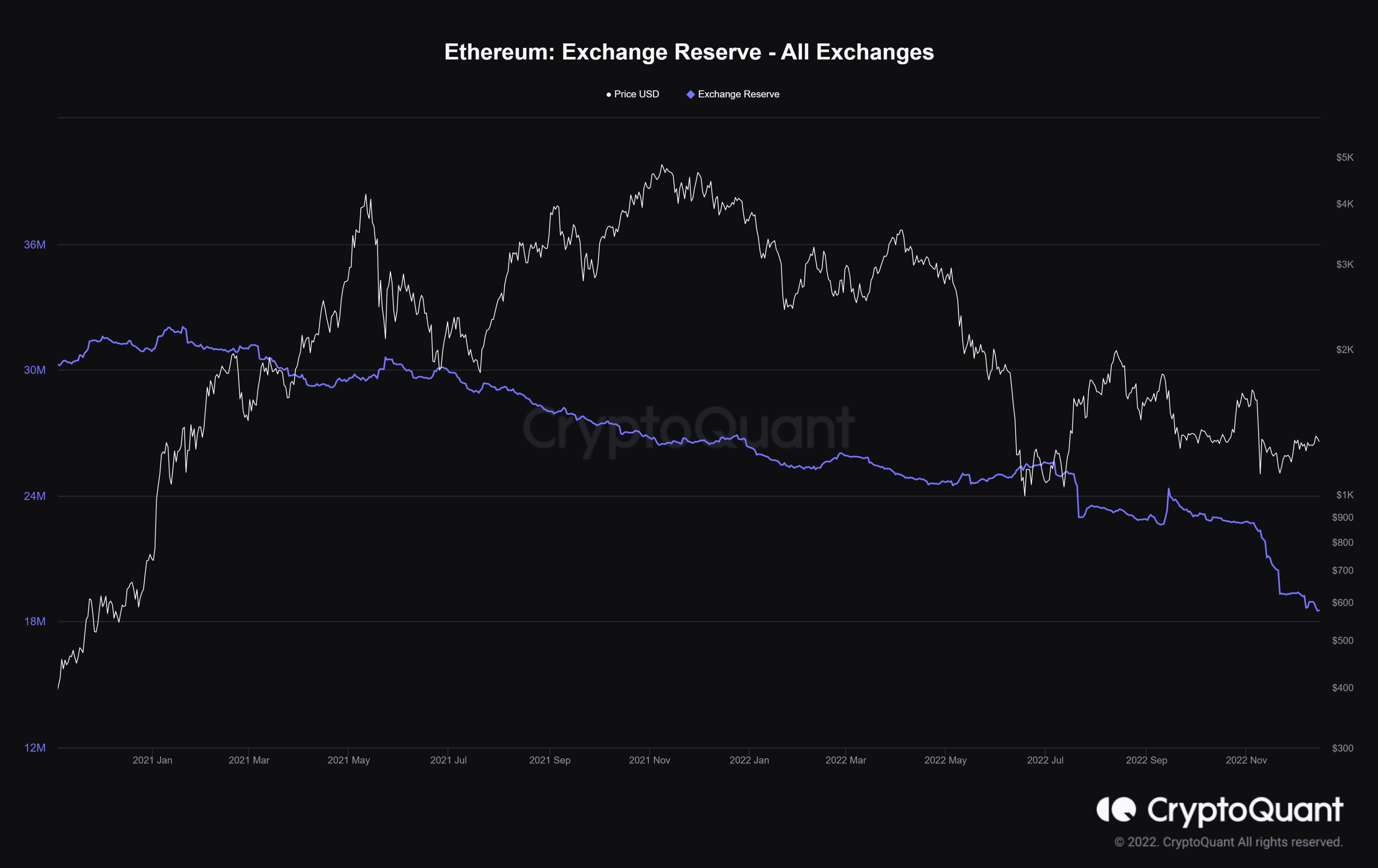 Interestingly, the total supply of Ethereum started declining post the successful transition from proof-of-work to proof-of-stake consensus mechanism. The supply and demand dynamics are expected to shift further post the Shanghai hard fork and volatility in ETH price is imminent.

It remains to be seen whether mass token unlock will see investors flooding exchanges with the second-largest cryptocurrency or continue staking it to earn higher rewards. In the former scenario a mass sell-off is expected to follow as selling pressure on the altcoin intensives with excess supply hitting exchanges. Higher liquidity is an opportunity to exit their position as well as scoop up more ETH at a discounted price. Experts are watching the Shanghai hard fork closely to determine Ethereum’s next move.

Ritesh, a crypto analyst and trader believes Ethereum is currently facing resistance at the $1,278 level and a successful breakout past this could push ETH to $1,312. In the chart below, the expert has identified a long-term downtrend in Ethereum.

Once Ethereum price crosses the $1,312 level, the next target is $1,350. This level has served as resistance for ETH this week, therefore it is key to a confirmation of the altcoin’s uptrend.

Big News: Ripple Price is about to TRIPLE? This News Confirms…

Big News: Ripple Price is about to TRIPLE? This News Confirms…

For some time, the Ripple network’s XRP coin has been one of the most enticing, but also one of the...

The rally in cryptocurrency markets started in early January with a spike in heavily-shorted altcoins and Ethereum (ETH) liquid staking...

Source: TradingViewThe Terra Luna price has dopped to $2.00 today, with the altcoin falling by as much as 10% in...