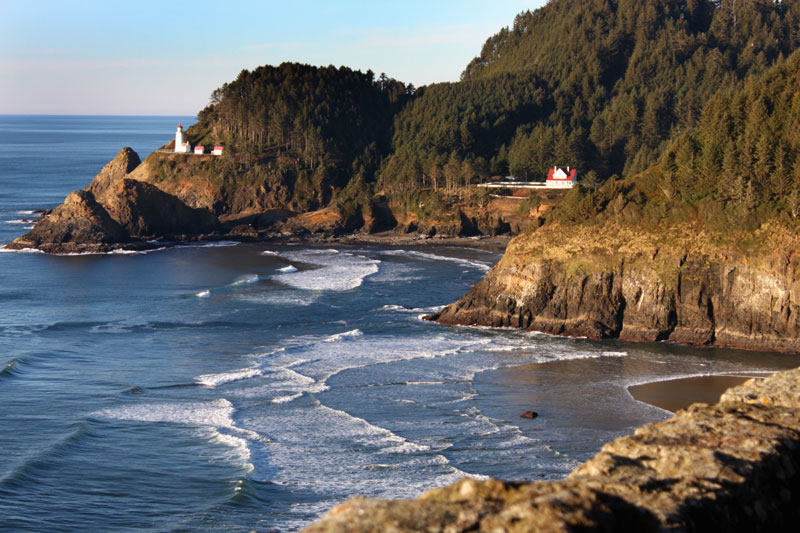 (Florence, Oregon) – There’s shades of the old flick Ghost and Mrs. Muir here, at this ancient Oregon coast lighthouse. Purportedly a harmless, even friendly spirit wanders the keeper’s quarters at Florence’s Heceta Head Lighthouse, scaring people but maybe even cleaning up on occasion. She doesn’t dole out advice, like the ghost in the old ’60s movie, but she seems like she’s trying to be helpful. (Photo copyright Oregon Coast Beach Connection)

It’s in that “spirit” that the Halloween season sees the Ghost Story Tours of the Keeper’s House at Heceta Lighthouse Bed & Breakfast on October 30, from 11:30 a.m. to 2:30 p.m.

Show up to the Heceta Head Lightstation that day and experience the history and hear ghostly stories from past B&B guests and staff of the Heceta Head Lightkeeper’s House. Each tour will be approximately 20-30 minutes and limited to 15 people. Reservations and donations are required.

It’s one heck of a way to dig into the atmosphere of the season.

Call 541-547-5490 or email [email protected] to reserve your spot. Parking is available at the Heceta Head Lighthouse State Scenic Viewpoint parking lot for $5, card only.

Heceta Head Lighthouse is the only one on the Oregon coast that still has its keeper’s quarters. It’s been turned into that charming little BnB and in fact is on the national historic registry.

Hauntings have long been part of the lore here, and there have actually been some fairly credible witnesses to it all. For a long time, the family that owns the place has maintained they just think of the ghost as a member of the family now. She has the nicknames “Gray Lady” or “Rue,” often appearing as either an elderly woman or a grayish, smoke-like figure of a woman that quickly dissipates. One version of this long-spun Oregon coast tale is that she is the mother of a baby whose grave sits hidden somewhere on the grounds. Another version says she is the person in this secret grave.

In any case, she doesn’t seem out to spook anyone.

Early stories of spotting the happy-go-lucky geist involve workmen who’ve encountered the otherworldly lady and ran off in fear. One man actually refused to finish working inside one room, and would only continue working on a window from the outside – even after he broke it. He wouldn’t even venture in to clean it up.

In the middle of the night, the family living there heard sweeping noises somewhere upstairs. The next day, they discovered the mess had been swept into a neat little pile.

Two of the more credible witnesses of this ghost are famed Oregon scenic photographers Steve Terrill (who passed away in 2021) and Larry Geddis. Terrill spoke to Oregon Coast Beach Connection editor Andre’ Hagestedt in 2001 (before the publication existed) and told him how the pair were staying at the B&B while shooting photos of the area. At one point, they spotted what looked like the figure of a woman in the window of Geddis’ room, if only briefly. When they later discovered there was absolutely no one in the building at the time, Terrill said Geddis was visibly disturbed by this.

Later, Terrill said, they discovered some small objects in Geddis’ room had been moved.

Inside Heceta Head / Cliffs Near Florence: All Come from Oregon Coast Volcano

Lost Parts of Oregon Coast: When They Blasted Rocks at Heceta Head

Hotels in Yachats – Where to eat – Yachats Maps and Virtual Tours 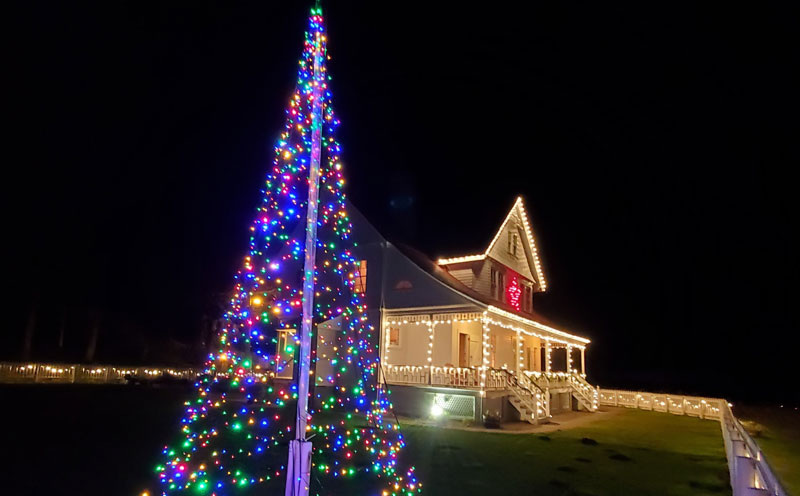 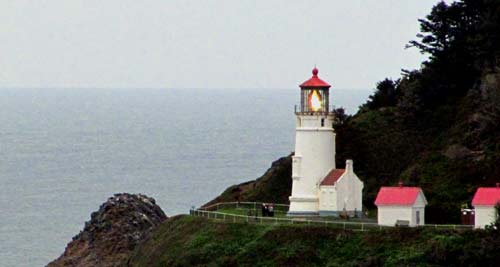 Back to Oregon Coast

The value of $FLOKI shot up by 20% in one day as the Floki DAO weighs a proposal to burn...

Yuri Molchan Recently shared data shows that Polygon has outpaced Ethereum but still lags behind BNB Chain in this important...

Disclaimer: This is a paid Ask Me Anything (AMA), BSC.News does not endorse and is not responsible for or liable...