Queen Elizabeth II Has Been Made Into an NFT, and the Internet is Livid 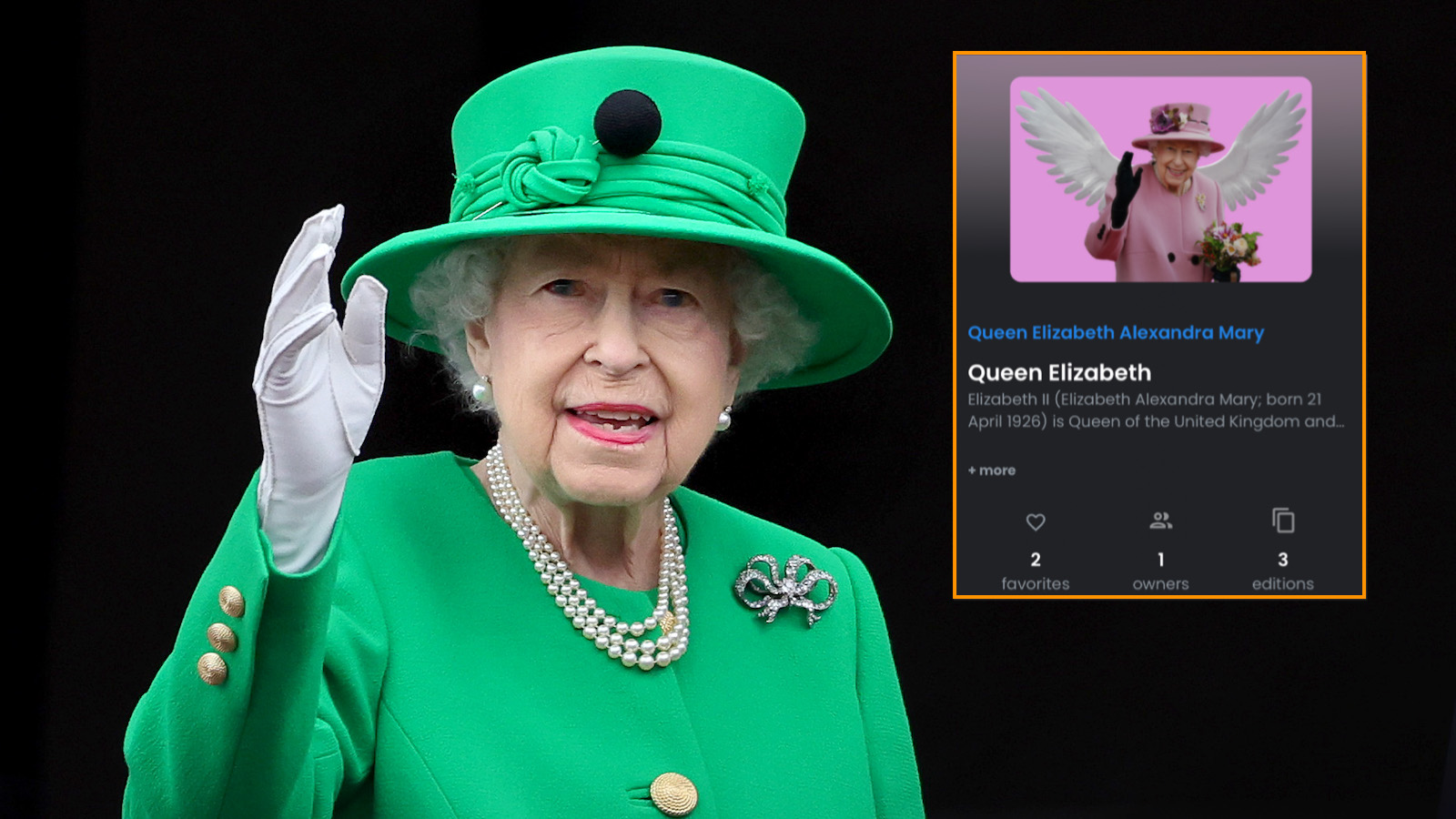 Mere hours after her passing, Queen Elizabeth II and the British royal family are already having to deal with the basest form of dude-bro ignominy. The blighters have gone and turned the late monarch into the most cringeworthy of commodities — an NFT. A dark day for Britain indeed.

For those who haven’t had the misfortune of having NFTs annoyingly explained to them by a wanna-be “entrepreneur” at a cocktail party, they’re uniquely identifiable digital assets, a record of which is held in a blockchain (which is itself a form of digital record keeping, held together by cryptography). If you’re still not wincing, congrats! Blockchains are also the basis of cryptocurrencies such as Bitcoin. Due to the supposed individual nature of each token, NFTs can be traded just like certain physical assets like, say, a painting. At least that’s the theory, more or less.

This isn’t the first time the Queen’s been featured in an NFT. There are actually many NFTs of the Queen. OpenSea, an American NFT marketplace based in New York City features no less than 11 NFTs that use Elizabeth II’s image or likeness or even items of her regalia such as the royal scepter.

However, this is the first NFT to make use of the Queen’s image after her death — and it should be pointed out that the maker didn’t even bother with a digitized image or actual artwork, it’s literally a photo of the Queen with a pair of stock art angel wings pasted on. It’s a far cry from a royal portrait.

It’s enough to make even a fervent anti-monarchist wince.