3 Reasons You Should Invest in Ethereum


There are thousands of cryptocurrencies out there, but few can match the ecosystem or activity of Ethereum (ETH 0.59%). With a market cap approaching $190 billion, Ethereum trails only Bitcoin (CRYPTO: BTC) in terms of market value, and it is by far the largest smart contract platform in the world. Here are three top reasons all investors should consider getting some exposure to Ethereum. 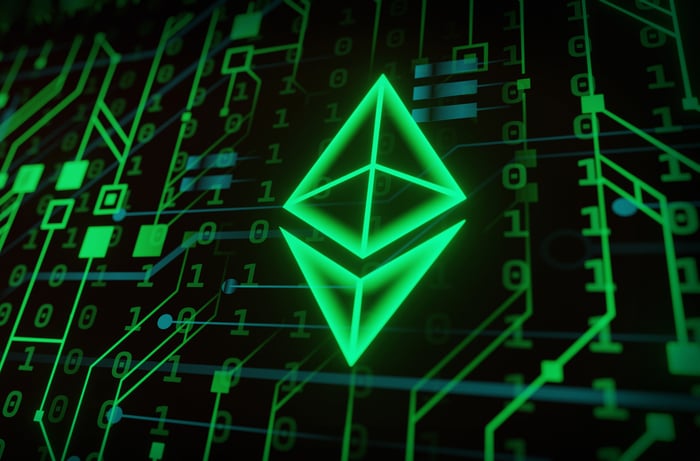 Ethereum has a deep ecosystem

Neil Patel: Launched in 2015, Ethereum is the world’s first functional blockchain, allowing the ability for smart contracts to be built on top of the network. Smart contracts are computer programs that execute automatically when two unrelated parties meet the conditions of a particular transaction. The need for middlemen is completely eliminated. For example, think of collateral that becomes unencumbered once a loan is fully repaid. All of this is possible thanks to software called the Ethereum Virtual Machine, which runs these smart contracts.

This setup differs completely from Bitcoin, which was created with the sole purpose of being a peer-to-peer digital cash system. And unsurprisingly, it’s why Ethereum has attracted the most engineers and computer scientists working on expanding the platform. According to venture capital firm Electric Capital, at the end of 2021, there were more than 4,000 monthly active developers working on Ethereum, with 20% of new Web3 developers joining this blockchain. That’s a significant share.

As a result, Ethereum now has the biggest ecosystem of decentralized applications (dApps) compared to any other cryptocurrency out there. There are nearly 3,000 dApps running on Ethereum, according to the non-profit crypto directory State of the DApps. They can have various use cases ranging from decentralized finance protocols and gaming to social media and marketplaces for non-fungible tokens. And although the overall market has taken a beating in 2022, $36.5 million in dApp transaction volume occurred on Ethereum over the past 24 hours (as of this writing).

The incredibly deep ecosystem surrounding Ethereum increases its chances of continuing to create real-world utility and greater user adoption over time. And that’s a compelling reason to buy this cryptocurrency and hold it for the long haul.

Ethereum is about to get even better

RJ Fulton: Out of the plethora of reasons crypto investors should make sure they own some Ethereum, arguably the most compelling one happens to be an event scheduled for launch in just a few weeks. The date isn’t concrete, but sometime between Sept.16 and Sept. 20, Ethereum will be transitioning from the slow, energy-intensive proof-of-work consensus mechanism to a faster, more efficient proof-of-stake consensus mechanism known as the Merge. It’s estimated that the blockchain will use 99% less energy once fully moved over to proof of stake.

It could be a bit of a stretch, but the Merge is arguably one of the most significant events to occur in cryptocurrency history. When considering that the Merge has been under development for the greater part of eight years and now finally has an end in sight, it’s a little difficult to fully grasp that this highly anticipated day is just around the corner.

Once The Merge is fully rolled out, the hope is that Ethereum will become more conducive to the development of applications. On the current proof-of-work mechanism, network fees are high and speeds can be slow, which hampers the efforts of smart-contract developers.

Ethereum’s price skyrocketed over the last two and a half years primarily due to the widespread popularity of the blockchain as the favorite for developers using Ethereum’s smart contracts to build DeFi applications. But that increased popularity has made the network congested and costly to use, warranting a necessary change from proof of work. When Ethereum transitions to proof of stake, the blockchain should be able to support more applications without sacrificing speeds or costs, which will hopefully bring even more utility to the network and greater returns for investors.

In anticipation of the Merge, it seems as though Ethereum’s popularity is still continuing to escalate. Since the beginning of 2022, Ethereum has added 142,000 validators representing more than a 50% increase. Furthermore, it looks like more users are creating Ethereum-compatible wallets. In just eight months, more than 20 million new wallet addresses were created.

If Ethereum was able to put in a more than 1000% return since 2020 on the clunky proof-of-work consensus mechanism, imagine the long-term value Ethereum will hold once it fully transitions to the streamlined proof-of-stake mechanism.

Ethereum is still the king of NFTs

Michael Byrne: While blockchains like Solana (CRYPTO: SOL) and Polygon (CRYPTO: MATIC) have been gaining traction in the world of non-fungible tokens (NFTs), Ethereum is still the 800-pound gorilla in the room when it comes to NFTs. Data from CryptoSlam, an aggregator for NFT data, shows that Ethereum’s all-time NFT sales volume dwarfs those of all other blockchains. Ethereum NFTs have accounted for over $29 billion in sales all time, compared to about $4 billion for the runner-up, Ronin (CRYPTO: RON) (which is almost entirely comprised of Axie Infinity sales), $2.5 billion for Solana, and nearly $1.1 billion for Flow (CRYPTO: FLOW), which is mainly thanks to NBA Top Shot).

While NFT sales on Ronin or Flow are more or less dominated by one high-profile project, Ethereum boasts a deep and well-diversified NFT marketplace, with 11 different collections that have generated over $500 million in sales volume since inception. As the original blockchain that introduced smart contracts to the world and enabled the advent of NFTs, NFTs on Ethereum have a cache that other blockchains have yet to match, and individual pieces from collections like CryptoPunks and Bored Ape Yacht Club have routinely sold for hundreds of thousands of dollars or more. These two collections have a collective value of nearly $3 billion.

With a rich ecosystem, a major upgrade on deck in the form of the Merge, and a dominant position in NFTs, Ethereum is worth a look for all investors.

What happened: $52,265,292 worth of Ethereum ETH/USD was just moved between 2 anonymous cryptocurrency wallets in a single transaction.This mysterious...

First, there was proof-of-work, then came proof-of-stake, and now, there is proof-of-history. This is the chain of evolution of blockchain...

DeFi lending was already big business, but a quickly growing niche is borrowing against valuable NFTs and using them as...

An Ethereum-based crypto project is quietly outshining other digital assets as markets turn green on a relief bounce. Veritaseum (VERI)...

Gameta Becomes the Most Popular GameFi Project on BNB Chain