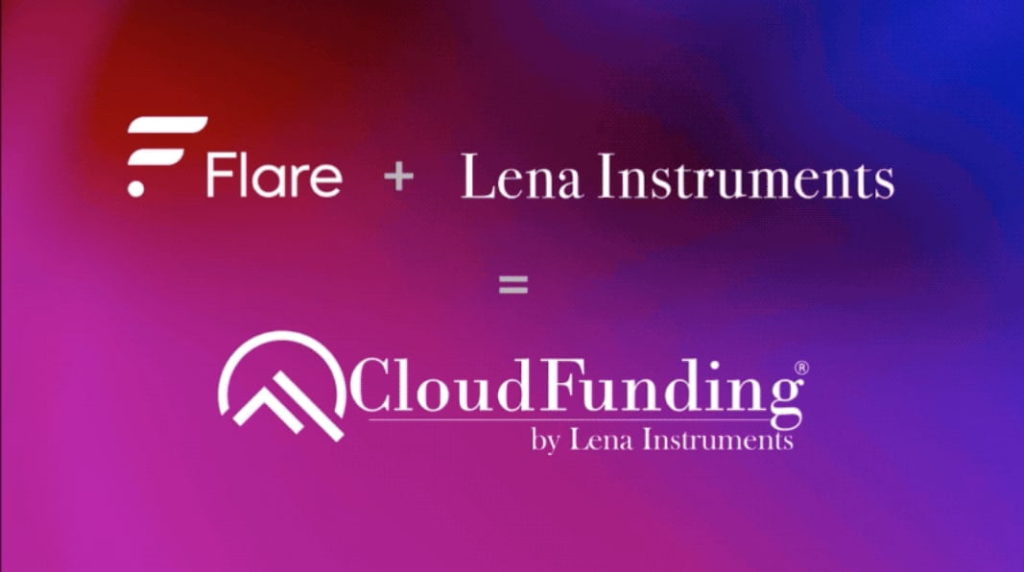 Flare Network announced today, August 30, that it has launched an innovative crowdfunding launchpad in collaboration with the Swiss blockchain software and infrastructure company Lena Instruments.

Through CloudFunding, which is a launchpad aimed to introduce a new dimension to the notion of crowdfunding, contributors to the platform are granted exclusive access to carefully vetted crypto projects as well as other one-of-a-kind incentives, all while maintaining custody of their initial investments, as per a press release shared with Finbold.

At present, in cryptocurrency launchpads, contributors determine how many tokens they intend to put towards the effort. Instead, donations to CloudFunding originate from the incentives received by participants’ wrapped FLR/SGB capital; this method assures contributors will always keep their primary investment.

“CloudFunding is a perfect example of how developers can take advantage of the decentralized data infrastructure built natively into the Flare blockchain. By using the Flare Time Series Oracle as the mechanism for contributing to exciting new projects, CloudFunding creates a win-win-win situation.”

“Flare Network recognizes the value of CloudFunding technology in the blockchain space, and is grateful and excited that Lena Instruments has chosen Flare and Songbird to build its CloudFunding platform.”

What’s more, using the launchpad, contributors may allocate 1% to 100% of the benefits generated by their primary finance initiatives, all while keeping their initial investment in a safe and low-risk crowdfunding process within the crypto sector.

Users will get an IOU of the project’s token in exchange for their contributions, which will be listed by a number of Flare’s decentralized exchange (DEX) partners before the token creation event. These IOUs may then be freely transferred without waiting to distribute the project’s native token.

The main advantage for projects that start on CloudFunding is that they get a consistent cash flow at the close of each award cycle and throughout the length of their community’s commitment.

All while keeping their communities apprised of their progress, deliverables, and milestones, CloudFunded projects will have a method to pay their bills, finance development, promote themselves, and construct a long-term business strategy with this funding.

Regarding the launchpad, Laura Moreby, Head of Communications and spokesperson for Lena Instruments, declared:

“CloudFunding is a modern, decentralised launchpad that will allow the community to support the best possible projects within the ecosystem, having been carefully curated by the platform. Contributors can, without ever having to sell their FLR or SGB, keep up to date with developments, deliverables, and milestones made possible by their contributions.”

Finally, users will have the peace of mind that comes from knowing they will maintain custody of their original principal throughout the process, allowing contributors to develop a stronger level of trust among their communities.

Blockchain Messaging Apps Market to be Worth $536.5 Million by 2030: Grand View Research, Inc.

Blockchain Messaging Apps Market to be Worth $536.5 Million by 2030: Grand View Research, Inc.

With the start of the new year, the ArentFox Schiff Metaverse Industry team reviews 10 of the most pressing legal...

Did you know that less than 10% of blockchain startups succeed? For the ones that fail, it usually isn’t due...