Chiliz Chain 2.0, a layer-2, has announced the releases of its public testnet, fueling a rally in CHZ price. The Chiliz network upgrade is divided into several phases that have their own significance. The fifth rollout has fueled bullish sentiment among whales.

Also read: Shiba Inu price: Is this the bullish signal for 85% rally in SHIB

Chiliz is the 46th largest cryptocurrency by market capitalization and a trending altcoin among whales. Large wallet investors increased their activity in the altcoin, CHZ, with transactions valued at $100,000 and more hitting a peak since March.

Chiliz announced the launch of its layer-2 scaling solution Chiliz Chain 2.0, a semi-decentralized blockchain for sports and media organizations. The launch of the scaling solution’s public testnet, “The Scoville”, has triggered a bullish sentiment among holders. Over the past 30 days, CHZ has yielded nearly 150% gains for Chiliz holders.

Shiba Inu, the second largest meme coin in the crypto community, was marked as a favorite of whales on the Ethereum network. However, of late, whales have shed their Shiba Inu holdings and pulled capital out of the meme coin.

Shiba Inu has dropped to fifth place among altcoins in the holdings of top 500 Ethereum whales.

As whales reallocate this capital to other cryptocurrencies, CHZ has emerged as an obvious choice with “The Scoville” around the corner. Chiliz’s network upgrade, double-digit weekly yield and massive price rally have fueled the bullish sentiment in the crypto community. Crypto intelligence tracker Santiment marked the uptick in whale activity in the chart below. 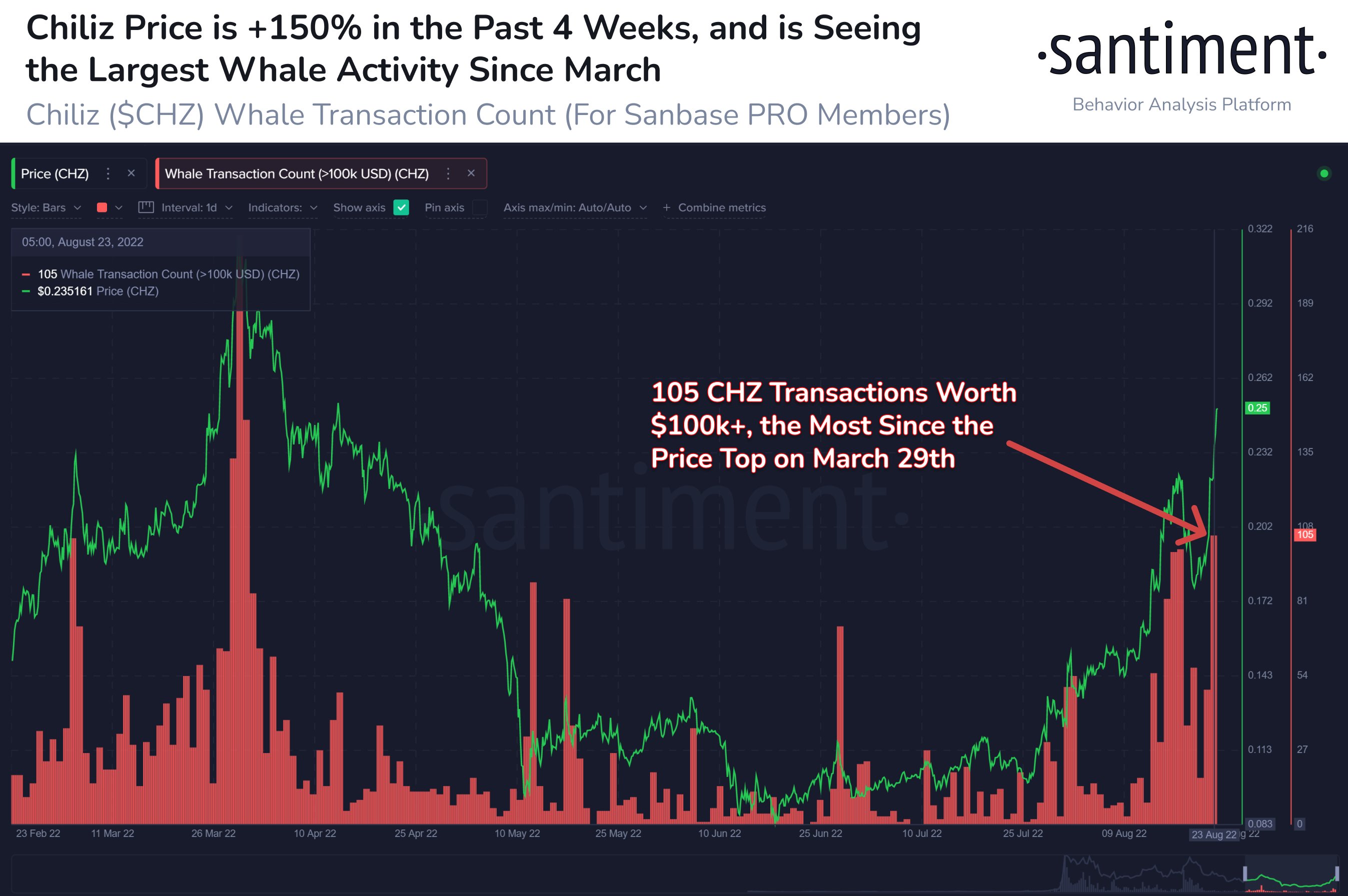 Chiliz whale activity and price action for past four weeks

Christian, a leading crypto analyst and trader evaluated the Chiliz price chart and predicted a large fifth wave on a large timeframe. Christian applied the Elliott Wave Theory to the Chiliz price chart and noted that the first four waves are complete. Subwaves of the fifth wave are hard to predict; however, it is likely that the first two subwaves are complete. 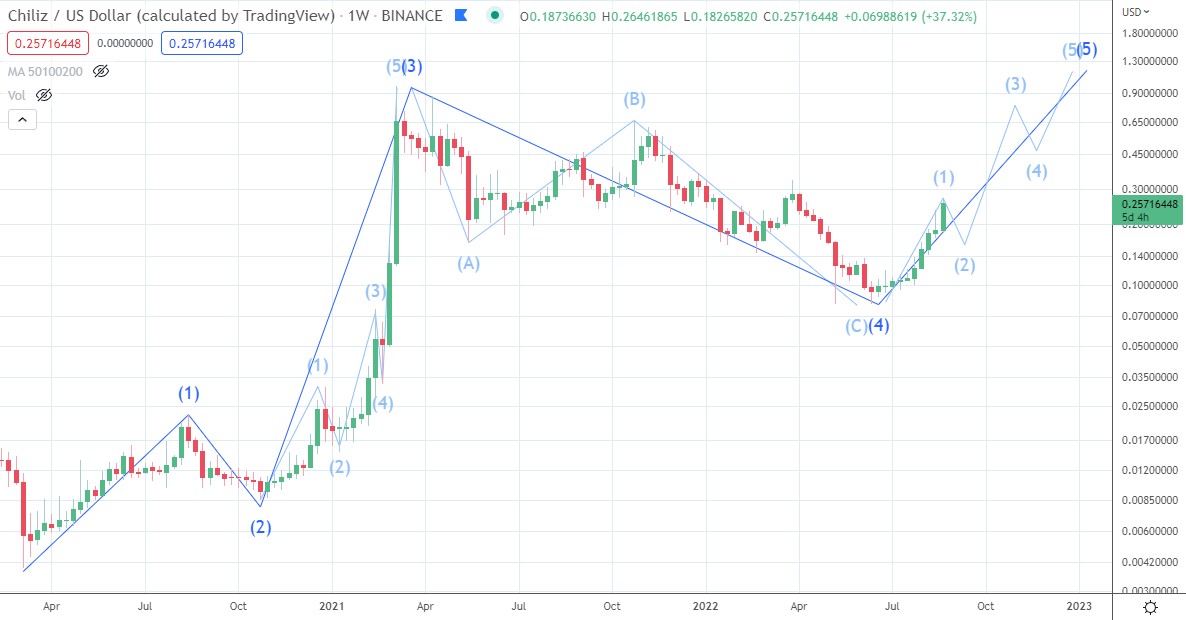 A popular crypto trader says Ethereum (ETH) rival Fantom (FTM) could double in price while updating his outlooks on Bitcoin...

A hacker who stole 120,000 ETH tokens, worth above $321 million at the time, from the Wormhole cross-chain bridge has...

Aptos Price Prediction as APT Pumps Up 37% in 24 Hours – Is Aptos the New Solana?

Source: TradingViewThe Aptos price has jumped to $18.44 today, with the layer-one cryptocurrency rising by as much as 37% within...

Bitcoin opened Thursday with a miniscule gain of 0.21 percent as the crypto market, which has been low on the...

There’s no doubt that altcoin investors can make much money if they do their research. But many people still don’t...