Cardano Flips Key Altcoin — Here’s What This Means For ADA

Does it Score Well on Long-Term Trading Metrics Tuesday?


Cardano continues to perform well this summer, most recently flipping a key altcoin in market cap. Find out what this means for Cardano’s prospects.

The move up the charts for ADA stems from the awaited release of Vasil. In a way, the delays have helped Cardano maintain a strong catalyst during an opportune time with the market moving upward since July.

Nevertheless, despite the big move Cardano is still only 6th. However, a closer look at the top 10 shows it’s only really behind one true altcoin: BNB. Otherwise the five spots ahead of them is occupied by Bitcoin and Ethereum, and the two stablecoins USDT and USDC. Cardano has briefly usurped BNB in the past, like back during its pre smart contract run in the summer of 2021.

It’s not surprising that after months of bearishness that stablecoins would dominate, considering many people who sold off profits have left them in stablecoins while waiting for the right time to reenter. Does Cardano have what it takes to take advantage of those dormant stablecoins post-Vasil?

Recommended: Click Here For A Primer On The Cardano Vasil Upgrade

Cardano’s Vasil upgrade has undergone several delays already, but it’s been from an abundance of caution. The question isn’t if just when the upgrade is completed. However, the question remains if Cardano can continue its positive price action. 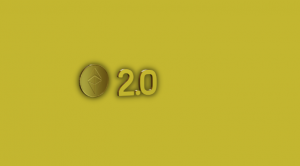 Trending
Everything You Need To Know About The Launch of Ethereum 2.0

After their last major catalyst back in the summer of 2021, Cardano fell hard. Even while the majority of crypto enjoyed a strong fall, Cardano’s price kept falling. It didn’t really matter that Cardano was coming through on its promises of DeFi, or that metavese and NFT projects were popping up. The price was just going down. Some of that may have been due to insider selling to fund projects, but regardless, the vibes were bad.

That changed with Vasil, as we’ve seen. Though, Cardano is still a ways away from its 2021 highs. ADA is currently trading in the $0.56 USD range, way of its $3 all-time high. Can it get back there with the upgrade?

For one, Mark Cuban isn’t sure. The Shark Tank and owner of the Dallas Mavericks recently said Cardano has more applications than Dogecoin. Doge does have a sneaky good roadmap, but it still doesn’t have the functionality yet that Cardano does.

That’s not clear for Cardano. However, that doesn’t mean Cardano doesn’t have strong long-term prospects to make money. For one, Cardano is positioning itself to be a leader in the burgeoning African market. Cuban is dubious of this. He engaged with Mr.Telecom on Twitter. For the most part, it read like a measuring contest — particularly on the part of Cuban.

But Mr.Telecom did point to some promising numbers. “Even though out network is 12 x cheaper to build than legacy mobile networks we are limited to a range of pricing by the local regulator in any country we launch. However by being both an MNO and ISP we can offset a lot of the cost for the end user,” he said before adding, “We aim to be half the price of legacy mobile networks in each country we launch.”

Recommended: What Is Cardano?

Does it Score Well on Long-Term Trading Metrics Tuesday?

GENEVA, Fla. – With many homes overwhelmed by flooding near the St. Johns River in Geneva, one man has opened...

Air Bnb Responds To Shooting Deaths Of Teens At Party

By Katy St. Clair and Keith Burbank Home-share juggernaut Airbnb has responded to the shooting deaths of two Berkeley High...

Bitcoin Is The Hills - Bitcoin Magazine