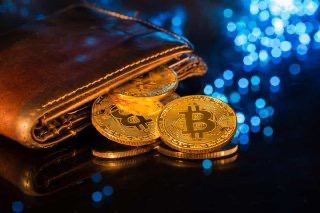 As Bitcoin (BTC) attempts to put aside the lows of 2022, new data indicates that investors appear to be accumulating more of the asset as highlighted by the number of addresses holding over one BTC.

In particular, as of August 10, the number of Bitcoin addresses with over 1 BTC surged to an all-time high of 894,303, data by cryptocurrency analytic platform Glassnode indicates.

Investors accumulating in the dip

It is worth noting that Bitcoin is relatively expensive for most investors to acquire as a whole and the recent market crash appears to have presented an opportunity to buy the asset.

Notably, since Bitcoin’s all-time high of almost $68,000 in November 2021, the asset has corrected by over 65%, presenting a buying opportunity.

Investors who buy in the dip are guided by the belief that Bitcoin will rally in the future. For instance, during the second of 2022, Bitcoin recorded its worst quarterly returns in a decade at -56% but offered an opportunity for investors who missed out on the previous bull market.

Furthermore, the data might also point to a whale activity where high net-worth individuals are buying amid the market correction. Historically, accumulation by this group has impacted the crypto market by influencing the price movement.

Elsewhere, the data on Bitcoin addresses does not point to specific individual holdings. In some cases, some people investors may have access to more than one crypto wallet.

Overall, there is a general market consensus that Bitcoin will likely embark on another rally. For instance, as reported by Finbold, Bloomberg commodity strategist Mike McGlone believes Bitcoin will rule 2022 H2.

“If Stocks Are Going Limp, Bitcoin, Gold and Bonds Could Rule 2H — The propensity for Bitcoin to outperform most risk assets and gold most commodities, may play out in 2H, particularly if the stock market keeps succumbing to FederalReserve jawboning,” said McGlone.

Part of McGlone’s prediction is also based on projected Bitcoin increased adoption and maturity.

Bitcoin: How Many Are There?

This is a transcribed excerpt of the “Bitcoin Magazine Podcast,” hosted by P and Q. In this episode, they are...

Bitcoin: How Many Are There?

D-Keine / iStock.com Bitcoin has a maximum supply of 21 million. However, that doesn’t tell the whole story. As time...

Institutions are hesitant about investing in Bitcoin, cryptos – Here’s why

The latest insights into digital asset investment products (DAIP) and their weekly numbers highlight a troubling trend. Needless to say,...

Amid recent macroeconomic extremes, Bitcoin has maintained a quiet stance, almost eerie for its HODLers. Nonetheless, its hashrate and accumulation...